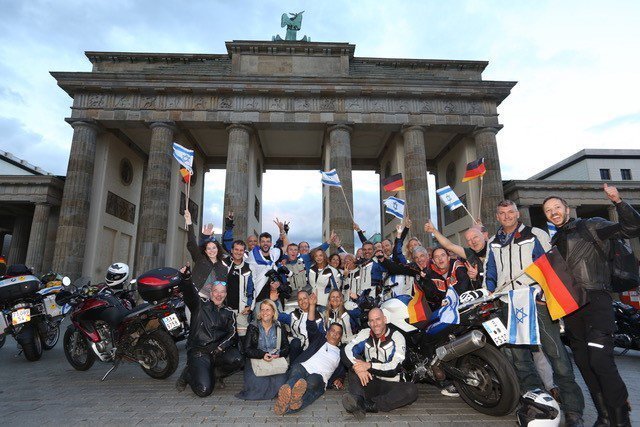 An epic journey that marries biker-flick and Holocaust documentary. In 2015, the European Maccabi Games (aka the Jewish Olympics) were held at the site of Hitler’s infamous 1936 Berlin Olympics for the first time since WWII. Back to Berlin follows 11 Israeli motor-bikers carrying the Maccabi torch from Tel Aviv to Berlin, retracing the tracks of the original 1930s Maccabiah riders who traveled to all corners of Europe to seek out athletes to compete in the first Maccabiah Games. The Back to Berlin cameras follow the motor-bikers along their moving and inspirational journey as they cross nine European countries and 4,500km over twenty-four days. En route, each country holds a chilling resonance for the group which includes Holocaust survivors, descendants of survivors and the grandson of a 1930’s Maccabiah Rider.