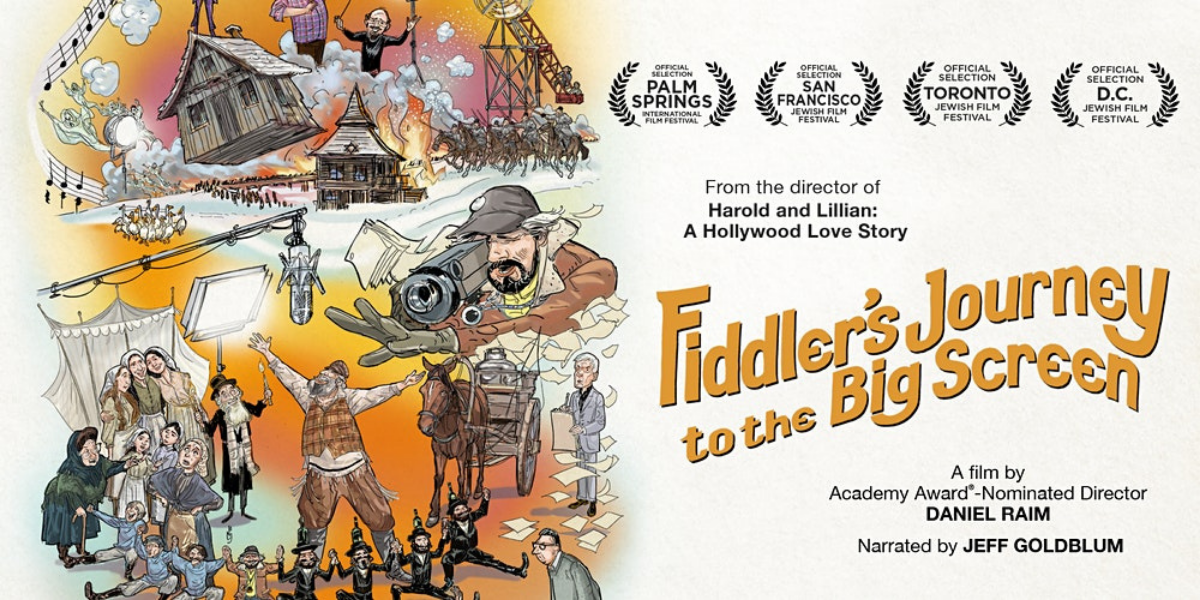 In this riveting and joyous film, Oscar-nominated filmmaker Daniel Raim captures the humor and drama of director Norman Jewison’s brilliant vision to recreate the lost world of Jewish life in Eastern Europe while telling a universal story about the importance of family and the fragility of tradition in his iconic musical Fiddler on the Roof. Narrated by Jeff Goldblum, Fiddler’s Journey to the Big Screen draws on behind-the-scenes footage and never-before-seen stills as well as original interviews with Norman Jewison and his key collaborators, including lyricist Sheldon Harnick, lead actor Topol, production designer Robert Boyle, film researcher Lillian Michelson, executive producer Walter Mirisch, and actresses Rosalind Harris, Michele Marsh, and Neva Small (Tevye’s daughters) , among many others. They illuminate the untold story behind the making of Fiddler on the Roof, Jewison’s favorite movie.

Using rare footage from the early 1970s as well as interviews conducted by Daniel Raim over twenty years, the documentary puts you not just in the director’s chair, but also in Jewison’s heart and mind. We see how the experience of making Fiddler on the Roof deepens Jewison as an artist and revives his soul. Unlike any previous book or film, Fiddler’s Journey to the Big Screen explores the historical ferment that went into the film’s creation and its unparalleled impact as a cultural force.

In 1999, during my final year as a student at the American Film Institute, I met director Norman Jewison when I started making a documentary about my professor, production designer Robert F. Boyle, who collaborated with Alfred Hitchcock on several classics, including “North by Northwest” and with Jewison on major movies like “The Thomas Crown Affair” and “Fiddler on the Roof.”

I interviewed Boyle and Jewison about their epic collaboration on “Fiddler” for my Oscar-nominated documentary on Boyle, “The Man on Lincoln’s Nose” (2000). The film version of “Fiddler on the Roof” was introduced to me when I was a child, by my grandparents who survived the Holocaust. Jewison’s film, including Robert Boyle’s visually stunning and scrupulously researched production design, was a window into the world my grandparents came from, which no longer exists. I continued exploring “Fiddler” by shooting in-depth interviews with the movie’s cast and crew, including the film’s star, Topol, director Norman Jewison, lyricist Sheldon Harnick, composer John Williams, film critic Kenneth Turan, and the three actresses who play Tevye’s eldest daughters.

Making FIDDLER’S JOURNEY TO THE BIG SCREEN has been a true labor of love, years in the making. I wanted to make a documentary that explores Jewison’s artistry, compassion, and humanity as well as his spiritual and creative quest directing “Fiddler on the Roof”. – Daniel Raim.

“A warm and lighthearted documentary remembrance of this 1971 film…and the effort it took to get the Broadway blockbuster “Fiddler on the Roof” onto the big screen.” – Roger Moore, Movie Nation 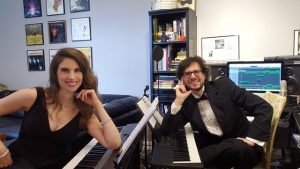 Join us for a special conversation after the film screening with Annie Pasqua & Deniz Cordell, as they perform some classic Fiddler tunes from this amazing musical! Annie and Deniz were consultants on the recent 50th Anniversary Remastered Edition of the Fiddler on the Roof Soundtrack, released by La-La Land Records and are well versed with the score and John Williams’s adaptation.

Click HERE to watch a performance by this incredibly talented and delightful duo. READ about the Off-Broadway hit The Musical of Musicals (The Musical!) they did the music direction & arrangements for.

A special thank you to Neiman Marcus for supporting our Spring Film Series.