Celebrate the 50th Anniversary of Woodstock!

Plus lots of beer, wine & your favorite munchies! 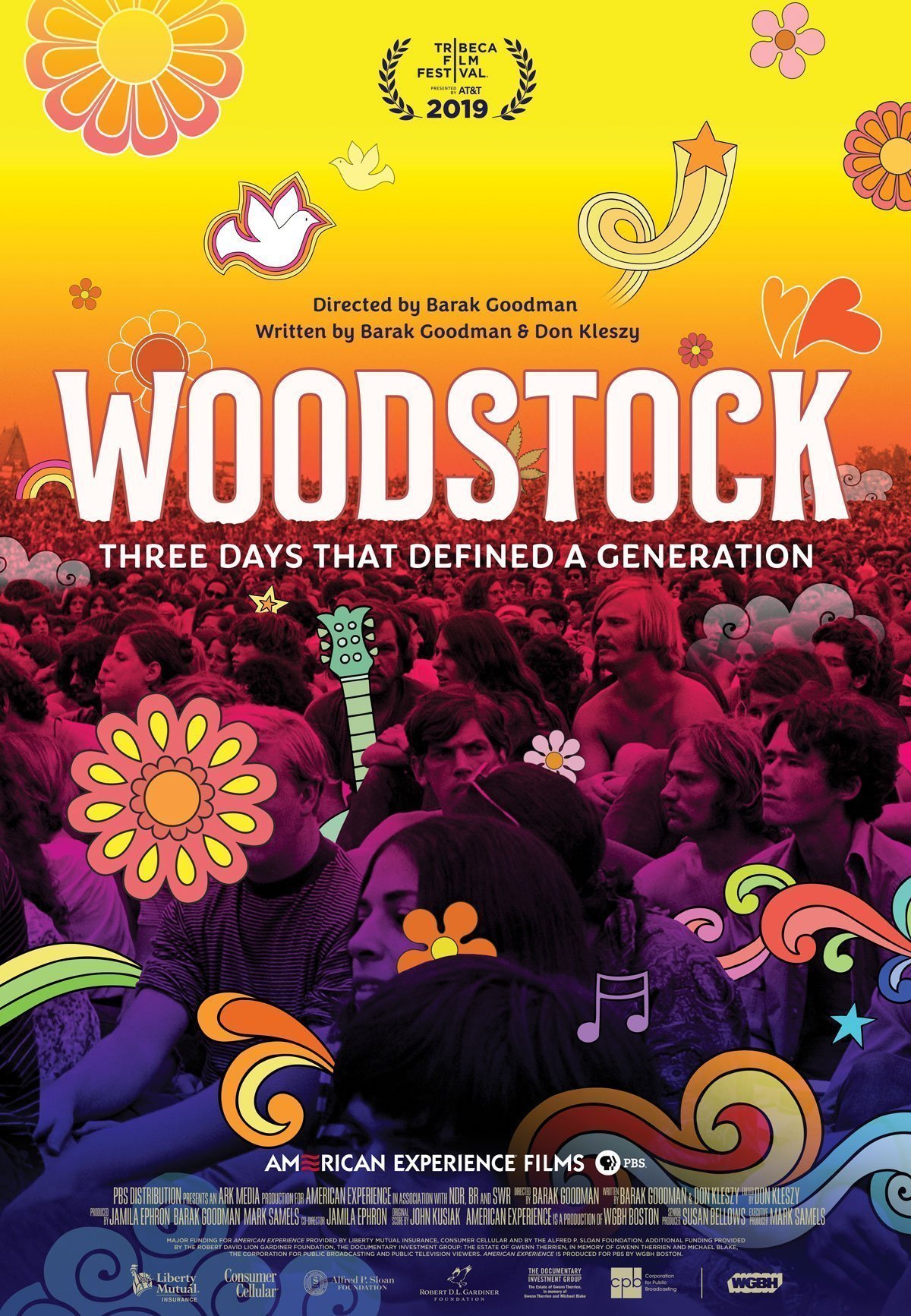 In August 1969—against a backdrop of a nation in conflict over sexual politics, civil rights, and the Vietnam War—half a million people converged on a small dairy farm in upstate New York to hear the concert of a lifetime. What they experienced was a moment that would spark a cultural revolution, changing many of them and the country forever.

With never-before-seen footage, WOODSTOCK: THREE DAYS THAT DEFINED A GENERATION tells the story of the political and social upheaval leading up to those three historic days, as well as the extraordinary events of the concert itself, when near disaster put the ideals of the counterculture to the test. What took place in that teeming mass of humanity — the rain-soaked, starving, tripping, half-a-million strong throng of young people — was nothing less than a miracle of unity, a manifestation of the “peace and love” the festival had touted, and a validation of the counterculture’s promise to the world.

Including audio testimony from attendees, the film focuses not just on how it all came to be, but how it felt for it to happen – how an endless traffic jam was elevated to a communal experience and how a food shortage became a collaboration rather than a disaster. The film also spotlights incredible performances from Jimi Hendrix to Joan Baez to Crosby, Stills, and Nash.

Directed by award-winning filmmaker Barak Goodman and written by Goodman and Don Kleszy, WOODSTOCK takes us back to the three days that defined a generation.

About The Speaker, RONA ELLIOT