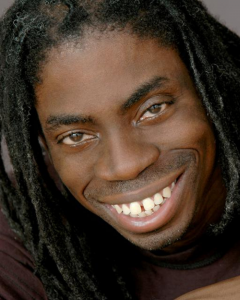 RAYMOND “SPEX” ABBIW is a gifted dancer, performer, choreographer, and artist who has emerged and established himself as a creative force within the hip hop/street dance community. A New York City born native has served as a vanguard for the preservation of the history and evolution of the art form of hip hop dance for a remarkable 20 years and has collaborated with several of hip hop’s pioneers and innovators among dance, music, and theater. He graduated New York’s acclaimed Art School of Design and received an initial introduction to the hip hop at the height of its explosion in 1988, which ignited his enthusiasm and lifelong commitment to hip hop dance and culture forging himself onto an astonishing career that has led him to collaborations with notable artists such as pop star, Mariah Carey, and hip hop performers, Lauryn Hill and Wyclef John just to name a few. Spex’s standout ability and performances that led him to international tours throughout Japan and Europe as a featured dancer and highly sought after teacher. In 2002, Spex would further his evolving artistic abilities by making his acting debut in Off Broadway’s , highly acclaimed, hip hop musical, Full Circle’s Productions Soular’d Power as a featured performer, dancer and actor. Spex is a founding owner of the House Dance Conference and continued to emerge as an acclaimed dance instructor in New York’s Broadway Dance Center This standout performer, dancer, and choreographer continues to set his sights on the development of highly innovative works that relate to an ever evolving audience the power of urban dance and culture. 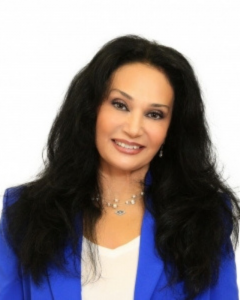 EVELYN BALASSANIAN started dancing at age 8. By age 12 she was training in Russia and at 14 she was performing as a soloist with major European dancers, teachers and choreographers: George Balanchine in Serenade; John Butler in Scheherazade; Morris Bejar; Robert DuWarren; Robert; and Inga Urazgildier. In the U.S. she joined the Dance Theatre of Long Island with artistic director and international choreographer, Ali Pourfarrokh. For 15 years she taught and choreographed ballet at the Long Island School of Dance and Berest School of Dance. She continues to teach and dance with the American Theatre Dance and Eglevsky Ballet. 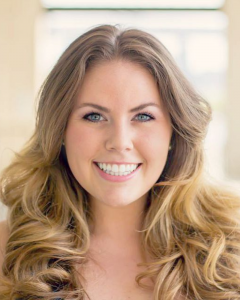 ASHLEY BURKE began studying dance at the age of 2. Originally from Michigan, Ashley also twirled competitive baton for fifteen years. She graduated with a degree in Musical Theatre from Adrian College where she was Head Majorette as well as a Varsity cheerleader. Ashley has performed in Regional Theatre contracts throughout Michigan, Ohio, and Pennsylvania. She has studied under the direction of “Newsies” Broadway choreographer Christopher Gattelli at Broadway Dance Center as well as ballet Master Dorit Koppel via Peridance. She has also worked alongside first Asian Rockette Setsuko Maruhashi, as well as Broadway and Television actor Tituss Burgess. Ashley had the privilege of making her Off-Broadway debut in 2013 and has performed at 54 Below, Joe’s Pub, The West End, and The Duplex to name a few. Ashley teaches recreational and competitive Jazz, Tap, Contemporary/Lyrical, Beginner Ballet and Acro, as well as Musical Theatre. Ashley has had the honor of being presented with awards at competition, such as Ultimate Choreography and Ultimate Technique. She is a member of the National Dance Educators Organization and has directed over 20 children’s musicals and plays. Ashley continues to encourage and instill the joy of performance with her students every day. 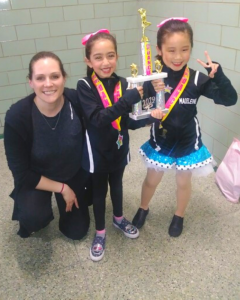 MEGAN CLANCY comes from a performing arts family, and began performing at the age of 3. She has attended the Professional Performing Arts High School in NYC, where she studied Musical Theater and vocal at the Harlem School of the Arts and Dance with the Alvin Ailey Dance Theater. She has studied Dance and Theatre Arts at City College of New York; where she also obtained a degree in Psychology. Megan has also studied Musical Theatre, Hip Hop, Jazz, Tap and Ballet at Broadway Dance Center and the New Dance Group. Megan has performed with The Harlem Repertory Theatre and has had the pleasure of being an assistant dance teacher at the 92nd street Y; Harkness Dance Center. Megan has also had the privilege of working with students in NYC public schools teaching musical theater, theater history and dance. Megan enjoys performing and teaching students of all ages and abilities. Megan is also a choreographer for the GCAC Competition Dance Team since 2018 and is very proud of the members of the competition team for all their amazing achievements and dedication. 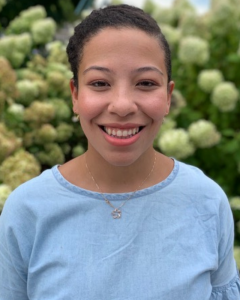 ALEXANDRA HART began dancing at age 3. She attended Frank Sinatra School of the Arts in Queens as a dance major, where she received formal training in ballet, jazz, tap, and modern dance. In high school, Alexandra worked with celebrated guest choreographers and attend performances from world-renowned companies, thus expanding her dance vocabulary. She graduated from Fordham University with a major in Economics, and now works in the Development department at New York City Ballet in Lincoln Center. Alexandra has been teaching students in preschool through high school for more than ten years and enjoys sharing her passion for dance with the next generation. 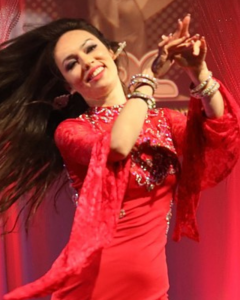 ZHANNA KOROLKOVA is a multi-award winning dancer based in NYC. Her most recent awards include “2019 Belly dancer USA”, “2018 Miami Bellydance convention winner”, “2016 Houston Oriental Dance Superstar” and “2016 Belly Dancer of the Year” to name a few.  She has performed in many of the top restaurants, hotels and night clubs in the US, India and Egypt. With a passion for Egyptian music and dance, she moved to Egypt for two years of intensive training. Zhanna is known for her elegant style, perfect technique and ability to create fun atmosphere. She is also very passionate about sharing her knowledge and experience with her students. 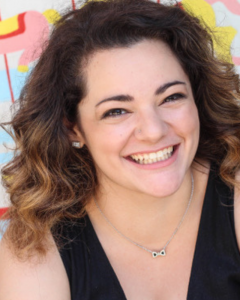 AMANDA MONTONI has danced since the age of 2 years old, marking last year her 21st year in the dancing world. She has been trained in Tap, Jazz, Ballet, Pointe, Modern and Lyrical. Dancing has always been one of her passions and since the age of 12, and that passion has branched out to musical theatre. She not only has been performing in the theatre world, but has been given the great opportunity to choreograph musicals in high schools and community theatre for the past five years. She currently runs a theatre group in Jamaica Estates, Queens and proudly stands as one of its co-founders. Also in the past five years, she has been teaching children between the ages of 3 and 13 the art of Ballet, Tap, Jazz and Acrobatics. She has found that she loves teaching dance and will continue to do so for a long time. 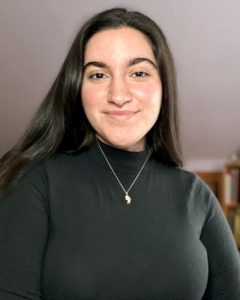 LAURA PORCELLI has been dancing since the age of 9, studying Ballet, Jazz, Tap, Hip hop, and Latin Dance. Laura taught at the University of Dayton’s student-run dance organization, ‘Life Itself Dance’. In 2015 she reinstated the club’s tap classes and in 2016 she taught Ballroom dance. She also led several Latin dance workshops through the University’s Multicultural Office. Her love of performance has branched into musical theatre, as she was a part of a theatre troupe for the last 5 years that performed charity shows for Equitas Health. She was an active member in the troupe as well as being involved in the production team. She served as Director for the troupe’s 10 year Anniversary show. Laura has taught ages 3-23 and believes it is never too late to start, as long as you have fun anyone can learn to dance. 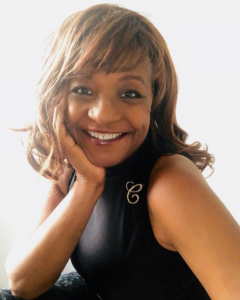 CINDI REITMAN began singing and dancing at an early age. At age nine she received a scholarship to study with Dance Theater of Harlem. Later she was accepted and graduated NYC HS of Performing Arts with a degree in a Dance.  A lover of all styles of dance she continued extensive training in jazz, ballet, modern, theater dance & Latin ballroom. She trained at Alvin Ailey, Martha Graham, Phil Black Studio, Broadway Dance Center, Dancesport and various studios though out NYC. Cindi taught and choreographed for John Harms Performing Arts School, AMDA (Summer Dance Intensive) programs, The Studio Dance Theater, Pied Piper Children’s Theatre of NYC, Judge StarPower International Dance Competitions. Professional dancer/singer performed US & Europe in national tours, TV Specials, concerts & film. Currently, Cindi is a performance coach for aspiring dancers and singers. She has a Visual & Performing Arts degree in Dance & Photography and is currently an active member of AEA, SAG, AFTRA. 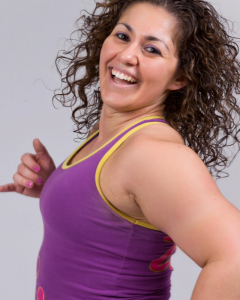 JENNIFER STATHES has been dancing since the age of 3 and hasn’t stopped since. She holds a bachelor’s degree from Queens College in dance with a minor in business and holds a master’s degree in elementary education. She is a full time teacher for the NYC DOE. She was a member of her high school and college dance teams. She was captain of a rhythmics team in high school as well. She has taught jazz, tap, ballet and hip hop to children ages 2-adult. In addition to dancing Jennifer also teaches Zumba fitness to children and adults.