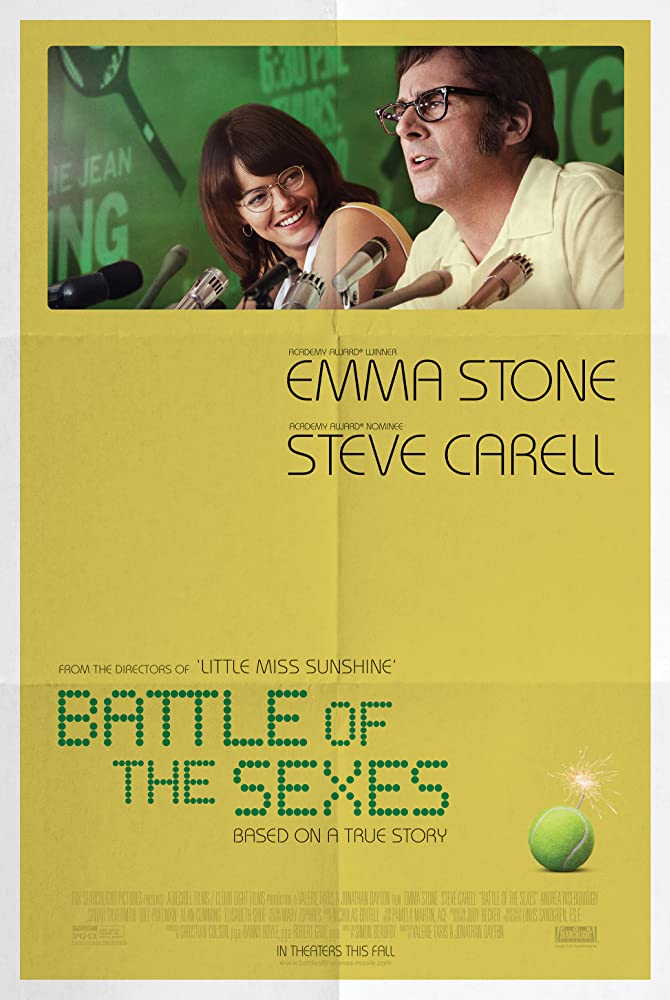 Battle of the Sexes (Available on Amazon Prime)

The true story of the 1973 tennis match between World Number one Billie Jean King (Emma Stone) and ex-champ and serial hustler Bobby Riggs (Steve Carrell). Billed as the Battle Of The Sexes during the sexual revolution and the rise of the women’s movement, it was one of the most watched televised sports events of all time. Ultimately it was not only the rivalry between King and Riggs on-court but also the personal and complex struggles each were battling off the court. Wonderfully acted by both stars, it is Carell’s depiction of Bobby Riggs that makes an unlikable man sympathetic. Rated PG-13. 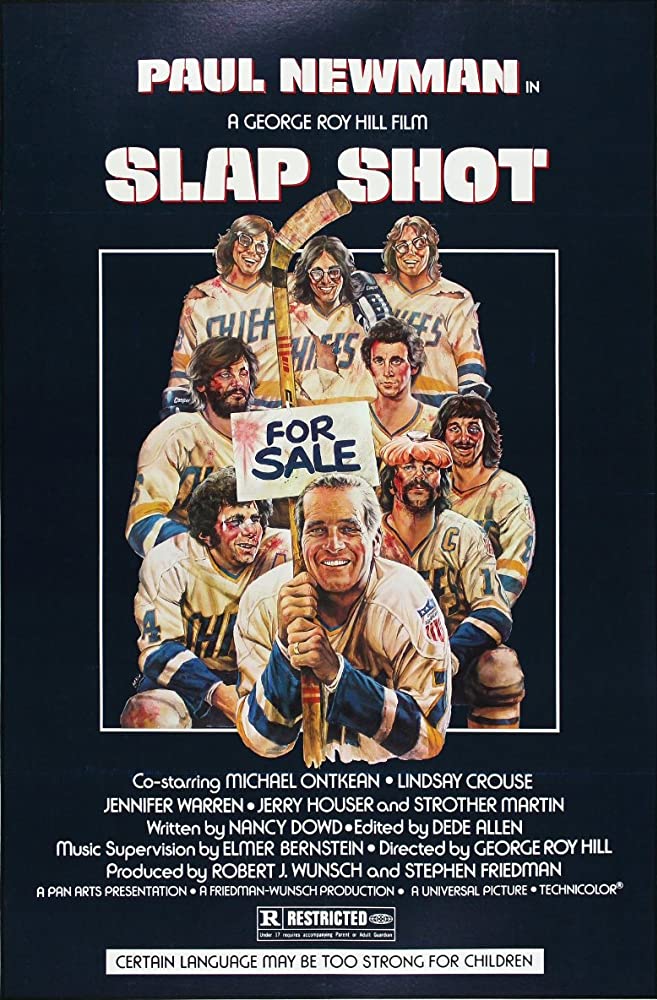 One of the greatest sports comedies ever made about hockey!  Paul Newman plays Reggie Dunlop, an aging hockey player and coach that has to use his looks, charm and guile to prevent his team The Chiefs, a pathetic minor-league American hockey team from folding. Raunchy, violent and very funny, Slap Shot is filled with unforgettable characters and sharply-written dialogue. It is also a profoundly human film and a stark reminder that sports is a business; the passion of its fans and the heroics of its players are ultimately less important than the sound of the cash register. Rated R. 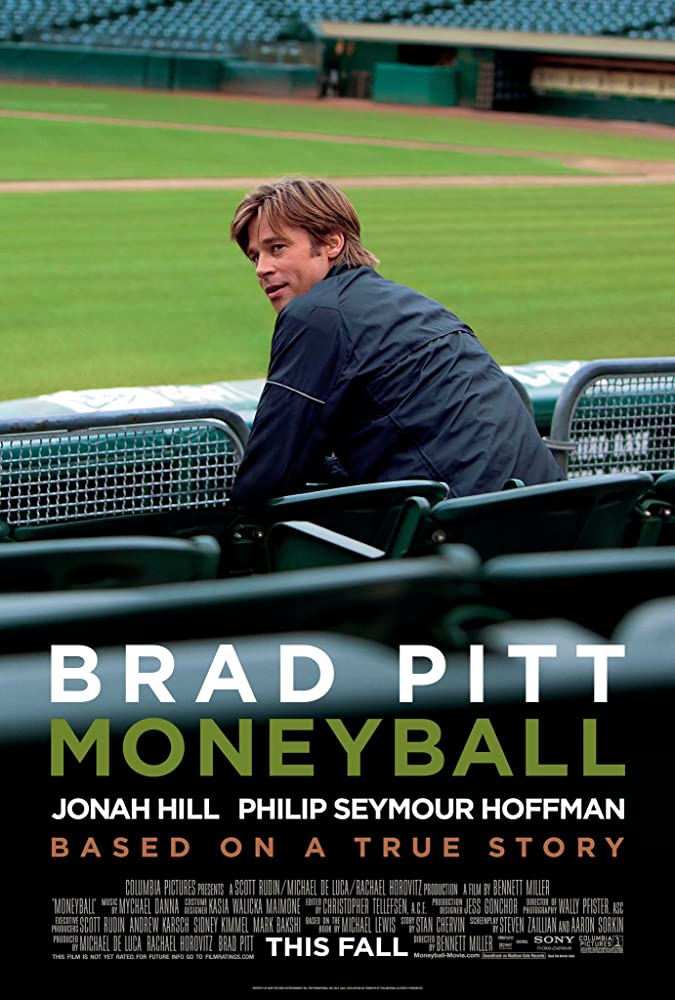 Before Brad Pitt won an Oscar for Once Upon A Time In Hollywood, there was his incredible portrayal of Billy Bean, the true story of the Oakland A’s general manager and his successful attempt to assemble a baseball team on a lean budget. Together with Pete Brand (played by Jonah Hill), an economic major from Yale, the unlikely duo devises a formula that analyzes players in a way nobody else does, and uses this formula to build up their unlikely roster of winning misfits. It is a moving and inspiring film that really only uses baseball as a backdrop for its deeper and more universal themes, and you don’t even have to be a baseball fan to love it. Rated PG-13. 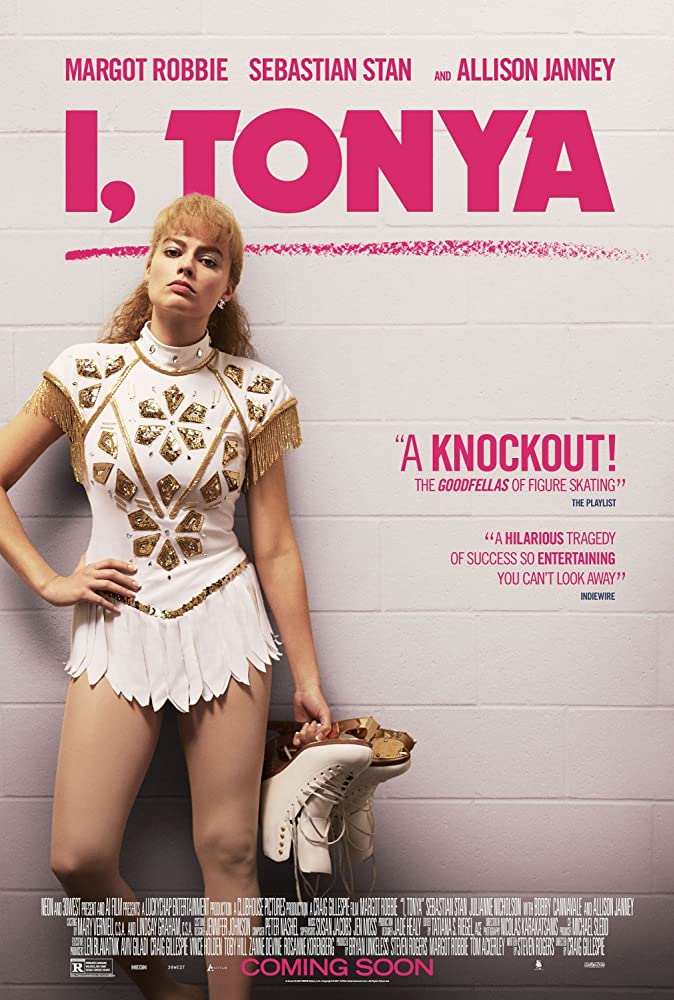 I, Tonya (Available on Amazon Prime)

Despite being gifted athletically, former competitive figure skater Tonya Harding (Margot Robbie) was never fully accepted in the figure skating community for not being the image of grace, good breeding and privilege that the community wanted to portray. She is arguably best known for her association with “the incident”: the leg bashing of her competitor, Nancy Kerrigan, which led to Tonya being banned from competitive figure skating for life. A remarkably compelling and tragic tale of ambition with strong performances by Margot Robbie and Alison Janney. Rated R.